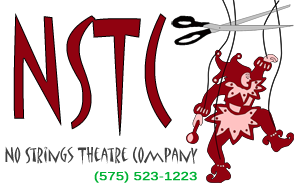 Connections - Our Streaming Valentine to You

Read by Ceil and Peter Herman, Connections is an evening of three short plays about making connections presented as NSTC's Valentines Day present to our patrons. A bit of information about the plays and making reservations follows.

A WALK IN THE PARK by Stanley Dyrector 2018.
Jack, an older man walking in the park, sees a woman on a bench who seems to be adjusting to being a senior. She looks familiar. Does he know her? Could it be the girl, Essie, who long, long ago helped him get over another who broke his heart?

A PAIR OF LUNATICS A Dramatic Sketch by W.R. Walkes 1889
Pair of Lunatics, He and She, on first meeting in a mental institution, are lead to believe the other is an inmate. This ever-popular comedy originally played at the Drury Lane Theatre, London. The opening generated an overwhelming success - a time-honored classic that delivers laugh after laugh- the fun is immense!

THE ILLUMINATI IN DRAMA LIBRE by Alice Gerstenberg 1920
Two characters, He and She, are dressed absurdly in the most vivid colors. Their faces are painted in stripes, squares, etc., in colors, crimson, purple, green, etc. The two make a whirlwind entrance in front of the curtain. They talk.

The performance is free but reservations must be made due to copyright restrictions. To make reservations email nstcbbt@zianet.com with "Connections" in the subject line.

No reviews have been posted.

No seating plan has been posted.

Our next two streaming productions are Karl the Magnificent and Connections Please see their event pages for details.

We are NOT using our normal ticketing system for these shows because they are free. However, copyright issues require that we control viewership by putting the videos on a password protected site. Anyone who wishes to see either or both shows should contact the theatre at nstcbbt@zianet.com for login credentials.

Don't miss out! Local restaurants provide discounts to patrons who present a ticket stub from any NSTC or LCCT production.